The Sound of Adoption

For four years, Dawn-Marie Bass and her husband, Andy, prayed for the missing piece of their family. With a daughter adopted from India, and two biological children, the Bass family was certainly full, but they could not shake the sense that there was another child who belonged with them in Indiana. Dawn-Marie and Andy could picture their missing child – a boy around the age of their oldest son with a hearing loss. As an audiologist, Dawn knew her specific skills could help a child with hearing impairment, but after searching through many adoption channels, the Bass family had not found the child who was on their hearts. 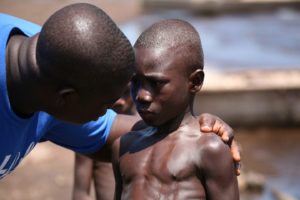 Jacob, on the day he was rescued from slavery. Photo by Shealah Craighead.

It wasn’t until they heard from their friend, Jenny, about her recent trip to Africa that there was a new glimmer of hope. Jenny told Dawn-Marie and Andy about her experience at the Touch A Life Care Center in Ghana, and how she had met the three Jacobs – Big Jacob, Little Jacob, and Deaf Jacob. The moment they heard his name, the Bass’ knew that “Deaf Jacob” was the son they had in mind. Dawn-Marie immediately contacted Pam Cope, co-founder of Touch A Life, and asked about the adoption process for Jacob. Pam asked them for patience as paperwork was filed and the right timing could be arranged – since Touch A Life is not an adoption agency, the Basses had to work with Ghanaian organizations to get everything done in a compliant and timely fashion. Jacob had recently been rescued from exploitative child labor by Ghanaian abolitionists, but as a child with a severe medical condition, it was possible to bring Jacob to the United States. 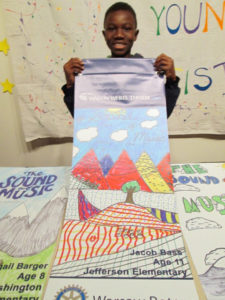 Jacob with his winning poster for the Wagon Wheel Theatre in Warsaw, IN.

Nine and a half months later, Jacob stepped off the plane from Ghana and became the newest member of the Bass family. That same day, he was fitted for his first set of hearing aids and the real journey of adoption began. Dawn-Marie described those first few months as, “God hovering over our family with a big bucket of grace.” Jacob’s energy fit perfectly with the other children, Anjali, Anthony, and Becca, but in order to make a smooth transition to an entirely new country and culture, the Bass family had to take some drastic steps. Dawn-Marie said, “We shut down our entire family for about six months and simplified everything. Andy and I prepared our other children and told them that Jacob would get more attention at first, but they responded well, laying aside their lives for their new brother.”

As it is with any new culture, food was a tough transition for Jacob at first. Dawn-Marie served chicken and rice at every meal until Jacob was comfortable with the American food his family ate. Now his favorite foods are cheese, pizza, spaghetti, hard-boiled eggs, and hot sauce! The Bass family has also been particular with which extra-curricular activities they choose, trying to stay away from a hectic, overloaded schedule. Jacob played on the elementary soccer team, and now is on the sixth grade wrestling team (ranked third in his conference!). He is also a budding artist, building intricate Lego houses and inspiring his entire town by winning a local poster contest. 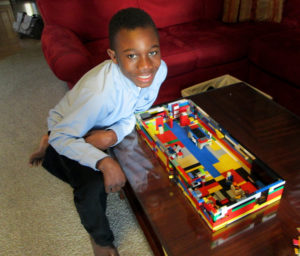 Jacob with his latest Lego house.

Dawn-Marie and Andy are committed to keeping Jacob connected to his roots in Ghana. He has a Ghanaian flag displayed in his bedroom, and they have invited Ghanaian students into their home to cook Ghanaian food and talk about Jacob’s first home. There are certainly difficult moments in Jacob’s past that only time will reveal, but Dawn-Marie’s sentiment still rings true – “He was exactly who we were waiting for.” 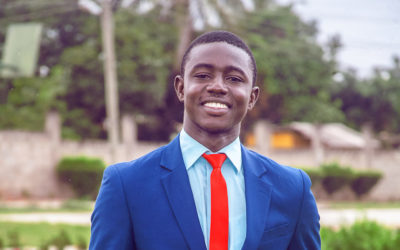 My name is Gideon Degbe, and I came to live at the Touch A Life Care Center in 2010 when I was 14 years old. Eleven years later, I am now in my senior year of college at Heritage Christian College, and I am working part-time for Touch A Life as the Executive... 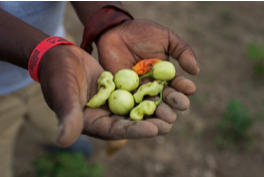 The year 2020, and all of the trials and triumphs that it brought, gave Touch A Life the opportunity to evaluate some of the ways that we can make the Care Center more self-sustaining—as a result, last year's Back to the Basics campaign was born. So many of you gave...