Touch A Life was created in November 1999. Pam and Randy Cope had recently traveled to Southeast Asia to visit some friends who operated an orphanage in Vietnam. The Copes had never experienced anything like the poverty suffered by people there, and as they walked the streets of cities like Saigon and Nha Trang, their hearts began to cleave towards those of the children forced to beg and live in the streets. 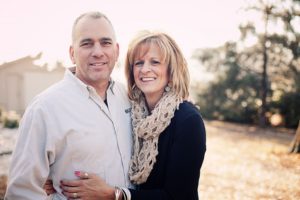 IT WAS HERE THAT EVERYTHING CHANGED.

After returning home, Pam began to read about the problem of street children in Vietnam, commonly known as doi moi, or “dust of the earth”. She read about the beatings and fear they endured, their hunger and malnutrition, and, worst of all, their chances of being picked up by child traffickers and forced to work in hard labor conditions or sexual bondage. The Copes connected with people who sought to do similar work in Vietnam. They bonded together to determine a way to begin providing for the vulnerable children who had tugged on their heartstrings. The work started out small – they rented a simple apartment in Saigon to house 15 street children. For the first time, these children were provided with three meals a day, clothing, an education, and a closely-knit family. The effort became a preventive measure that prohibited these exploited and vulnerable children from becoming absorbed in the trafficking ring in Southeast Asia.

Pam and Randy hoped to do their part to save at least a few more children from this fate, and from a future in slavery. A few months later, they rented another house, brought home 15 more kids. Today, Touch A Life supports over 200 children throughout Vietnam.

In 2006 Pam and Randy read an article in the New York Times about the horrors of child labor trafficking on Lake Volta which led Touch A Life to expand their work into Ghana, West Africa. Thousands of children, some as young as five years old, are sold to work in the fishing industry or as domestic servants in the Lake Volta region of Ghana. After learning of the neglect and abuse these children are forced to endure on a daily basis, the Copes knew that Touch A Life needed to get involved.

To date, working in partnership with a remarkable team of Ghanaians and the Ghanaian Department of Social Welfare, Touch A Life has rescued over 100 children from slavery and built the Touch A Life Care Center, the only long-term rehabilitative care center in Ghana for formerly trafficked children. It is here that these former slave children can live, receive an education, and have a chance at restoring and rehabilitating their lives.

Touch A Life is committed to providing holistic customized child care for the children in our programs, complete with regular medical and mental assessments, rehabilitation plans, and educational and vocational empowerment. We hope to equip them with life skills, traditional education, and vocational training to live a full and productive life.

The Touch A Life kids at our Care Center in Ghana also have access to healing through artistic expression at Connor Creative Art Center. After recognizing the impact this type of environment had on the healing process for a survivor of trafficking, Touch A Life partnered with other like-minded organizations to build more Art Centers around the world. Our Art Healing program has Art Centers in Ghana and Cambodia.