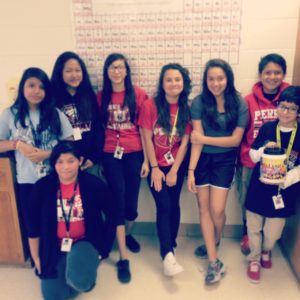 Every little bit helps. One sixth grade science class in Carrolton, Texas, took that phrase to heart and raised $154.34 in just two months to help the children cared for by Touch A Life Foundation. Their teacher, Mr. Allen Kernion, spearheaded the fundraising drive after hearing about Touch A Life from his wife, who is also a teacher. When we asked him why he chose to fundraise for Touch A Life he said, “The [Touch A Life] children are so deserving and I wanted my students to learn that they can be powerful with their actions and convictions.”

The fundraising drive began with Mr. Kernion’s fifth-period class, but word quickly spread throughout Perry Middle School. Students from every grade began bringing their extra change to Mr. Kernion’s classroom where the total tally was kept. Their teachers were astonished at their sacrifice. “Our school is 90% economically disadvantaged, so their donations were in the form of pennies, nickels, dimes, quarters, and a few dollar bills. To me this is amazing that they would give what they have, day by day,” said Mr. Kernion.

The fundraising topic also contributed to class discussions, as the students learned about the plight of trafficked children, and how a small amount of money can make an impact in the life of a real person.

As the school year came to an end, the final total was calculated, and the Touch A Life staff was invited to the school for a class pizza party to celebrate the students’ efforts. Mr. Kernion considers his first Touch A Life fundraiser to be a great success, and we have to agree. He said, “The entire process was humbling and gratifying. My students learned a valuable life lesson that hopefully changed their perspectives forever. I plan on doing this again next year and possibly involving other teachers and their classes.”

If your school is interested in holding a fundraising event in support of Touch A Life, please contact us and we’ll help you start your planning. 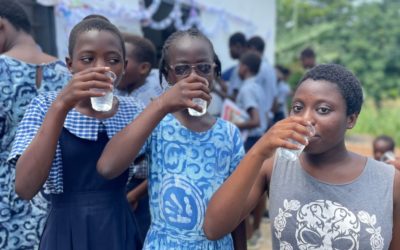 At Touch A Life, providing a clean and safe living space, healthy food and water, and comprehensive medical care for our children has always been a priority. We have been blessed to have a well on site that provides water for cleaning and bathing, but for... 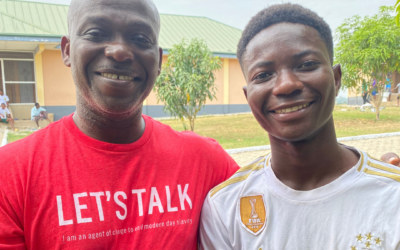 It Takes Someone Special to be a Da!

"Da" is a Ghanaian term of affection for a man who takes the time to invest in children through their love, encouragement, protection, laughter, giving, and time. This Father's Day, we are thankful for all of the Das, Daddys, Papas, uncles, brothers, godfathers, and... 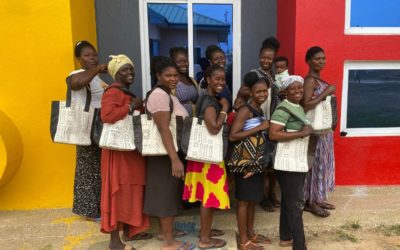 It Takes a Village!

May brings our thoughts to Mother's Day, a beautiful and sometimes painful holiday. When mother-child relationships don't meet our expectations, we are thankful for all of the beautiful women who choose to love and support the children around them. They make an impact...