In March of 2009, Pam and I traveled to Ghana to together. It was my second trip to the country and my first as a Touch A Life employee. During our second leg of the trip, we went to Lake Volta, a man-made body of water in northern Ghana where there are an estimated 7,000 children slaves. When we got to our program site, our staff  informed us that we’d be participating in a rescue the next morning. Moses was a 12-year-old boy with a severe hernia who our team had attempted to rescue several months prior. The master had relocated unexpectedly, bringing all of his children with him. It had taken the team six months to track Moses down but finally, he was found. Through conversation-based negotiations (no money is ever exchanged during rescues), Moses was coming home. 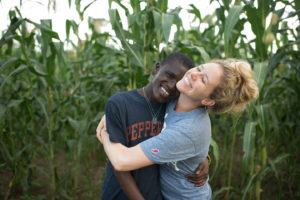 We traveled out to Moses’s island and witnessed his living conditions. There were several mud and grass huts lining the coast. Moses’s hut had a bed with tattered clothing strewn about the floor. His “bed” was a series of wooden slats piled together; he shared it with four other slave children. The Ghanaian team introduced us to the slave master; surprising to me (though I’ve since learned it’s not uncommon), all conversation was very civil and we were received well.

It was then when Moses appeared from the lake. He was scrawny, unkempt, and tattered. But he was also beautiful, and my heart broke at the sight of him. The Ghanaian crew gave him a huge bear hug and instructed him to gather up his belongings. Tearfully, Moses prepared to leave the island. It was surprising to me that Moses was sad to leave this awful place, but I realized that this life was the only one he had ever known. He had spent the majority of his fundamental developing years working on the lake; the fellow slave children had become his brothers and sisters. Weeping, he packed up his things. He and I couldn’t communicate verbally so I simply held out my hand and attempted a smile. Miraculously, he took it and we headed toward the boat that would take him to Touch A Life.

The team hoisted Moses up on to the boat. We finally heard him speak for the first time—he shouted out a greeting to some friends working on the lake. Instantly, a transformation began within Moses. Settling into the boat, he seemed to begin to want to trust us. I showed him pictures of himself on my digital camera. Moses never had a mirror and was delighted at the image of himself. Slowly but surely, he began to smile. Giggle, even.

When we arrived back at Touch A Life, Moses got a haircut, a shower, brand new clothes, and an orange soda as a treat. He began interacting with the Touch A Life team members and the Ghanaian staff even though it was evident that he was still nervous. Once he arrived at the center and saw other rescued children that he recognized from the lake, it was clear that the walls were beginning to break down. I taught him how to play Memory and he was brilliant. He snacked on Tootsie Roll Pops and drank fresh water.

While Moses was getting a fresh set of clothes, I went out on the porch of the center to read, breathe, and take in the gorgeous sunset. The sky was streaked with dark violets and pale lavenders. I tried to digest the events of the day and silently thanked God for bringing sweet Moses into my life. I sensed a presence behind me and as I turned around, sure enough, Moses was standing beside me. Shyly, he glanced my way. I waved him over and patted my lap, suggesting he sit there. He gladly obliged and snuggled up next to me. Here was this precious child who, mere hours before, could hardly make eye contact with me. Now he was gladly snacking on another Tootsie Pop, swinging his legs side to side, and interlocking his fingers with mine. As I watched day turn into night, I sat contentedly, thinking that though there are so many worthy children waiting to be rescued out on the waters of Lake Volta, for the moment, sitting there with little Moses was beautiful. It was enough.

I think what moves me the most is watching these sweet children embrace life to the fullest. Despite their backgrounds and past experiences, they love life. They are not angry about the cards life dealt them; rather, they strive to fully enjoy everything their lives currently have to offer. Their circumstances do not define them. The obstacles they continually must overcome do not alter their joy or their views on life. I went to Ghana thinking it was me who would have an impact on the children. Instead, children like Moses have impacted me in a way that words cannot describe. In America, we always want the next thing. Rarely are we content with what we currently have. The Touch A Life children remind me of the joys of life that we experience on a momentary basis. A catchphrase from the Mocha Club (another non-profit supporting African causes, www.mochaclub.org) has stuck with me and will never leave me because it is so true: I need Africa more than Africa needs me. 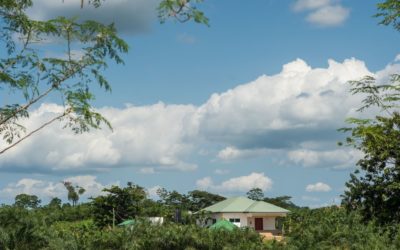 I have been volunteering for Touch A Life since 2009. I am usually in the background, working on the finances. How did I get involved way back then? 2008 was a very hard year for me. Work was incredibly stressful and busy – I wasn’t able to take any time off that... 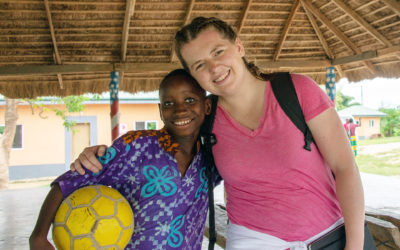 In 2018, I was blessed with the opportunity to travel to the Care Center when the agency I work for partnered with Touch A Life  to assist with marketing efforts. Traveling has always been a passion of mine, so I was thrilled to have the chance to visit Ghana.... 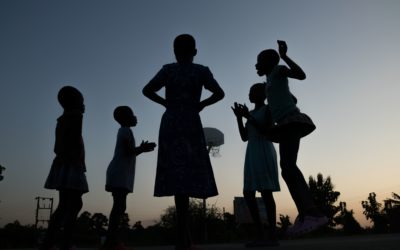 I first heard of Touch A Life in 2015, the summer I interned here while I was a college student at Pepperdine University. Rachel Brown, our Development Director, and I share Pepperdine as our alma mater, and I stumbled upon her work in an online interview while I was...